February 8
Out with friends over dinner (after a George Saunders reading at Town Hall) my friend Jeff mentioned to me a different article by Wallace's friend and fellow author, Jonathan Franzen. After reading that too, I emerged with two convictions:

The other night
I finished reading the unfinished novel The Pale King and loved it. There's a lot going on. I'll just say a little.

Picture plate "The Seven Chairs" from The Mysteries of Harris Burdick﻿ by Chris van Allsburg.

This image relates to two things:

§46 had kind of world-silencing home-movie quality… a feeling of walking away from your own gravestone perhaps. Here are obliquely-related pictures that, for me, aren't oblique: 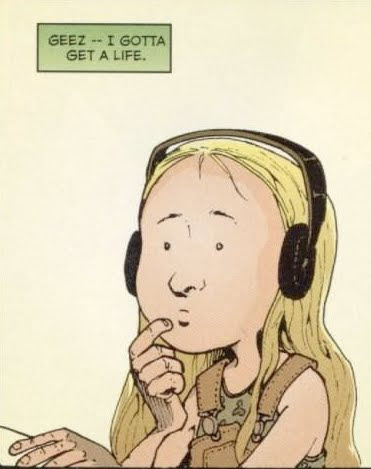 ("Megan" from issue 31 of graphic novel The Maxx)

("Shinji" from anime End of Evangelion) 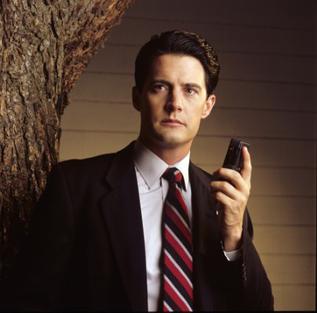 And for good measure (what good is LJ still for, if not picture-embedded text), as a government employee with mystical methodology, FBI Agent Dale Cooper in the TV series Twin Peaks is relevant to the novel as a whole.